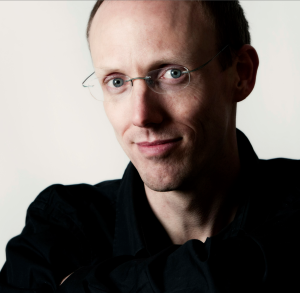 He is the author of Mindfulness step by step (teaser in Swedish HERE), Hjärnfokus – Så blir du lugn, kreativ och fokuserad, and Writing on Water – Adventuring with Jon Kabat-Zinn into Mindfulness and the Art of Living (not yet published) and has recorded four Cd:s and apps with guided mindfulness practices (all products are available in Swedish only).

Johan Bergstad has practiced mindfulness since the 1990s and his vision is to contribute to a more mindful society. He has taught mindfulness in different settings since 2006, to companies, organizations, health care staff, researchers, CEOs, parents and children (with his wife Ylva Bergstad), and to the general public.

Johan Bergstad has founded MindfulnessApps, a company that has made Jon Kabat-Zinn’s Series 1-3 available as apps, as well as Andries J Kroese’s The Breathing Anchor. See more in the App section.

Johan Bergstad started off as a journalist and has a Bachelor of Arts with a major in political science. He still does interviews now and then, a few of them filmed like This will also pass – An interview with mindfulness teacher Andries J Kroese:

In 2010 Johan started a series of interviews with the mindfulness pioneer Jon Kabat-Zinn, who he has filmed and interviewed at three occasions. He is currently compiling the material and is looking for sponsors to complete the project.

Johan Bergstad has produced the film ”Mindfulness – An Introduction with Jon Kabat-Zinn”:

Courses that Johan Bergstad has attended: